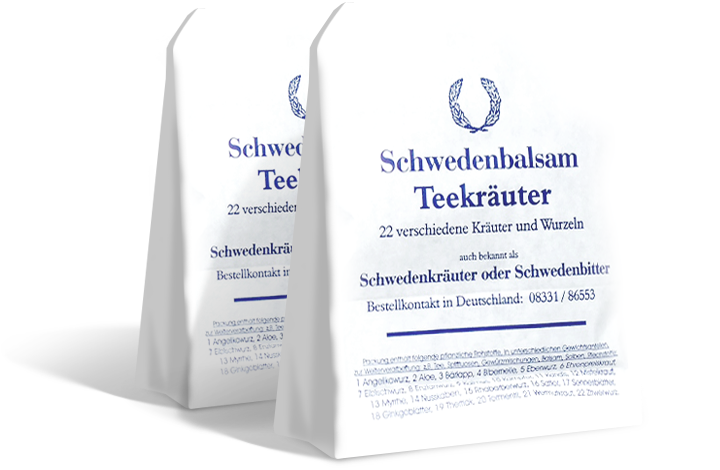 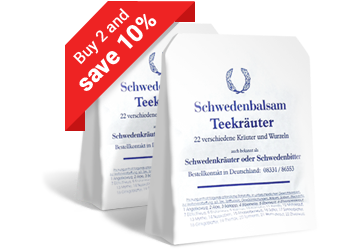 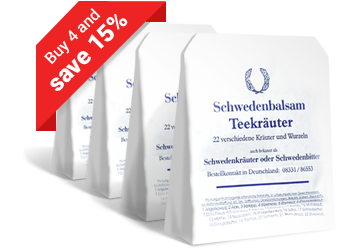 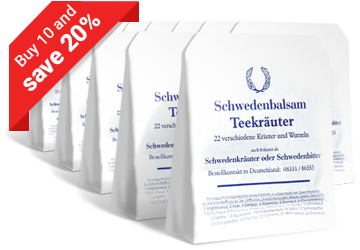 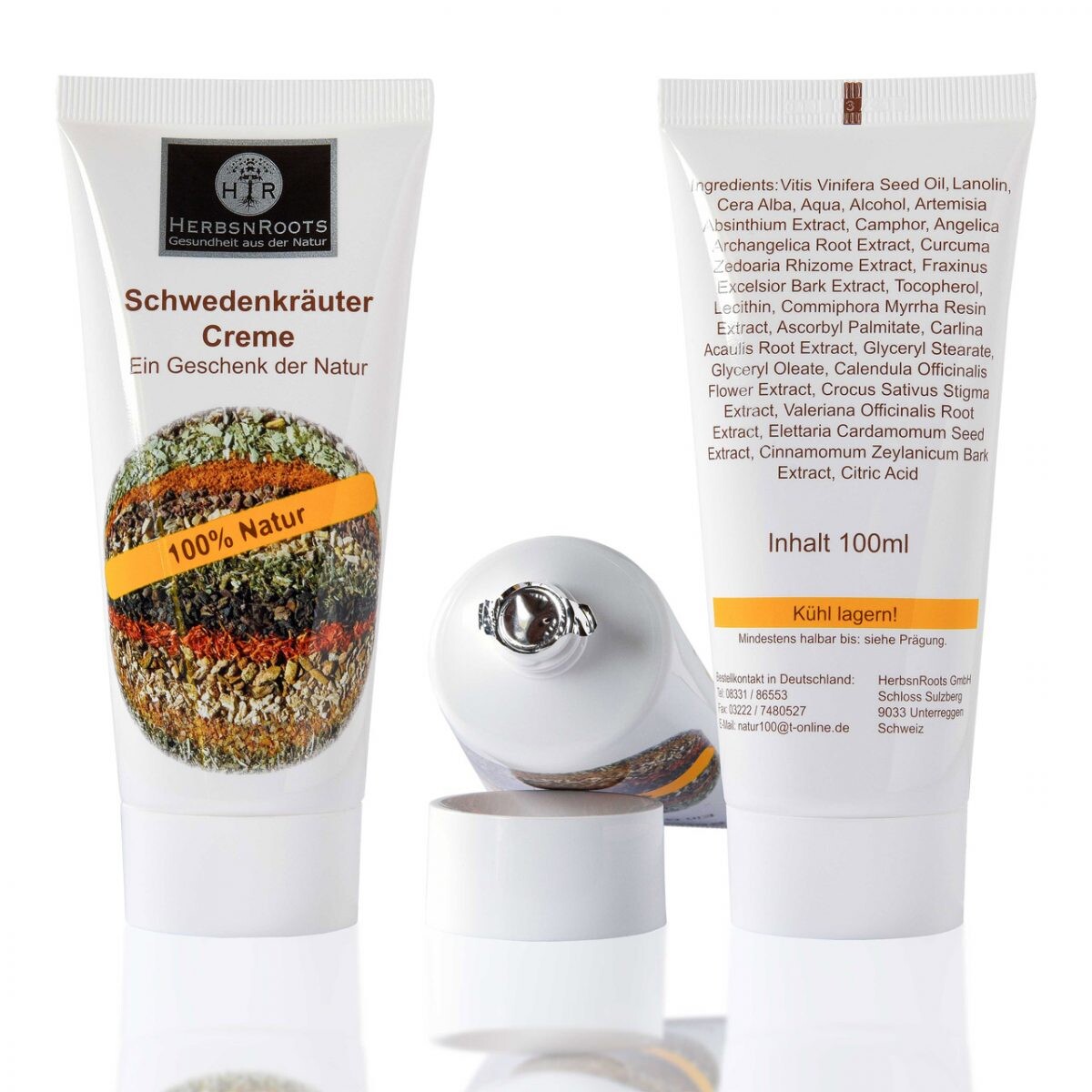 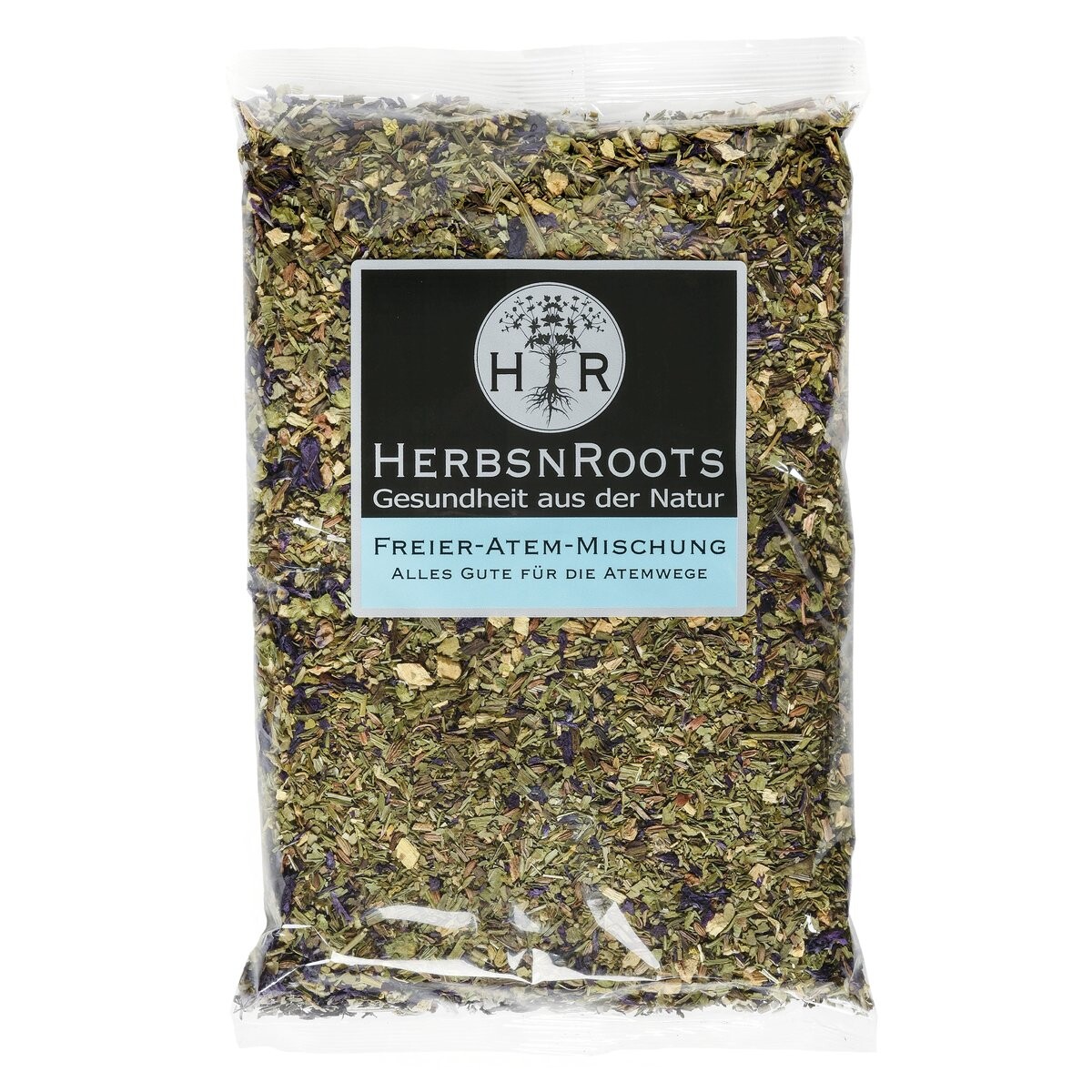 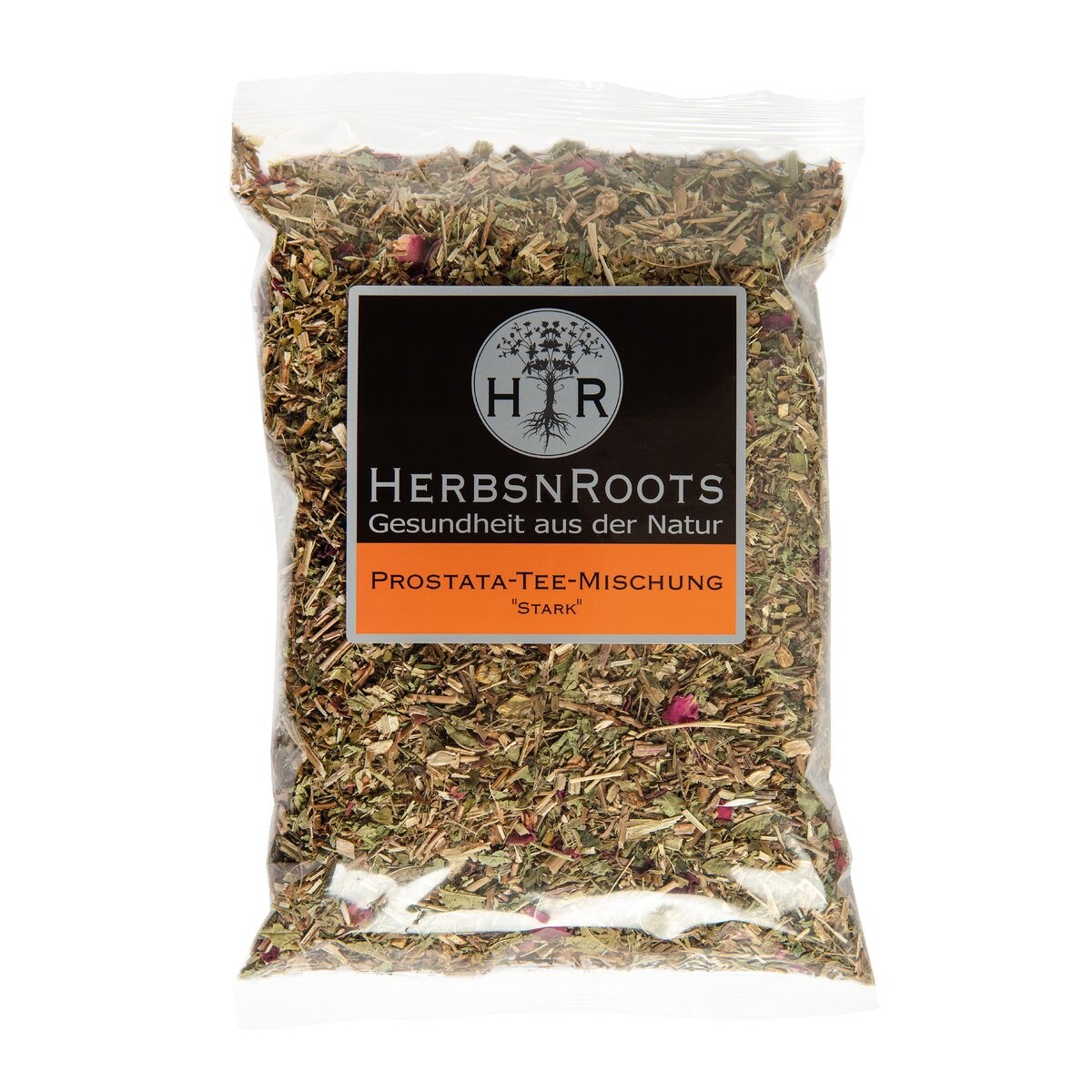 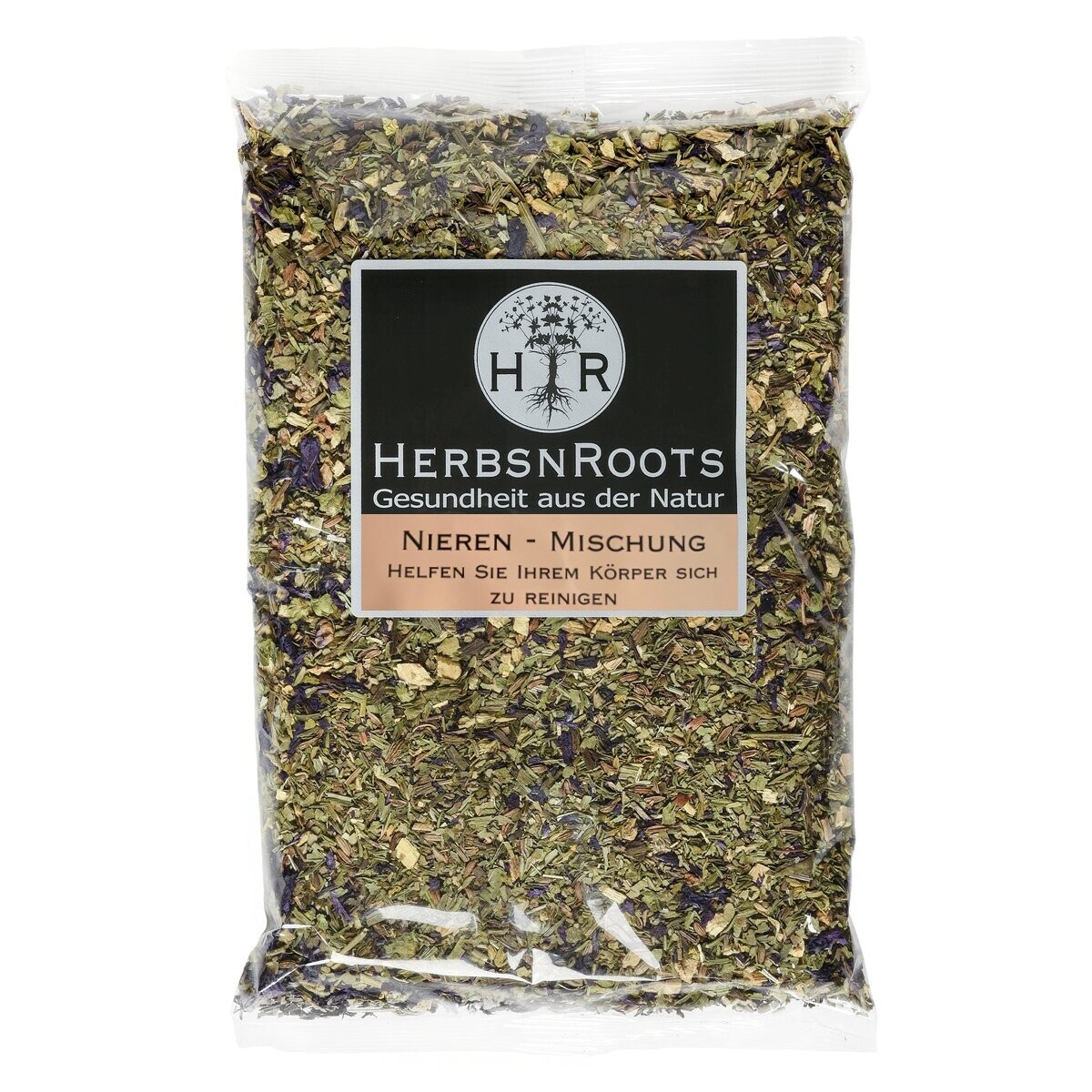 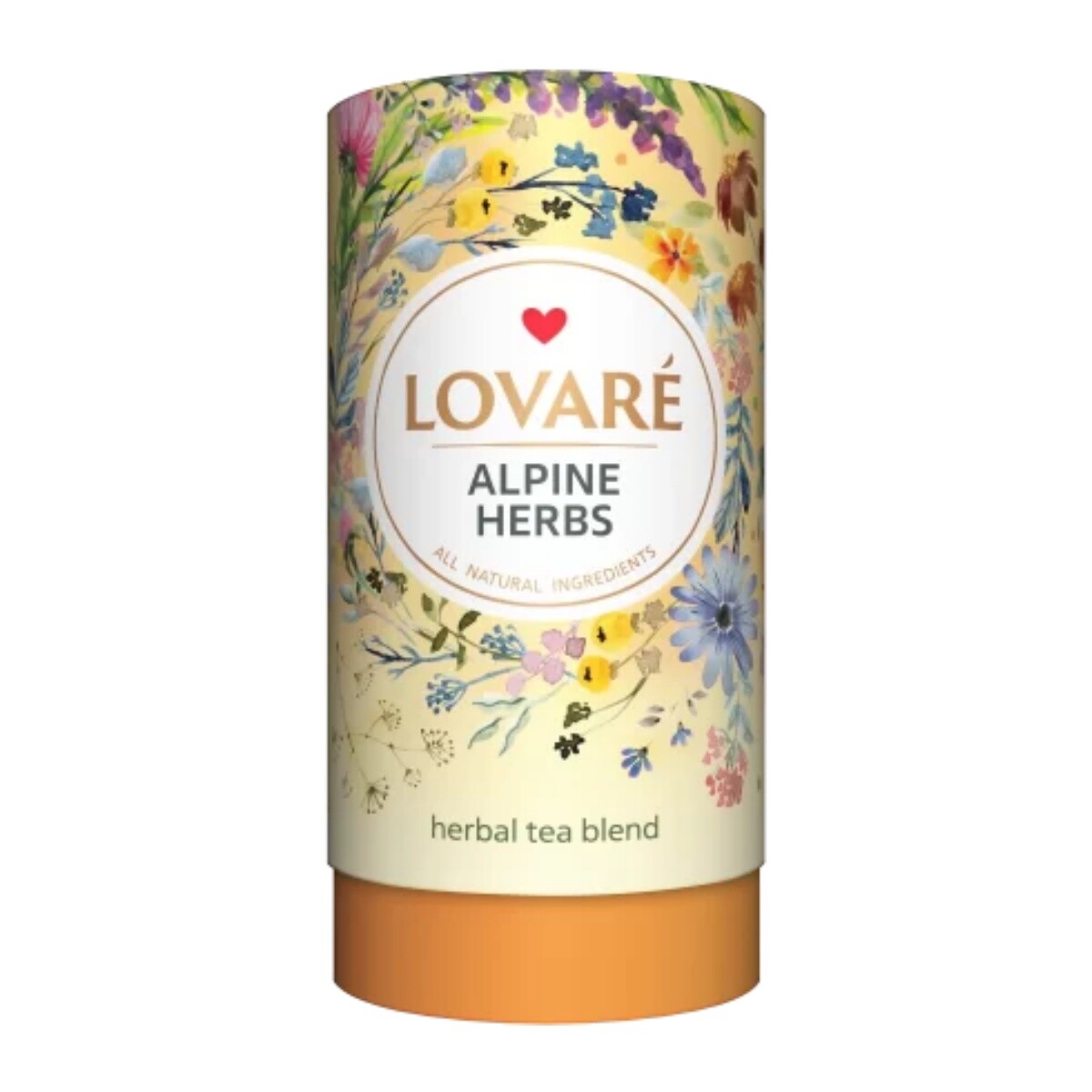 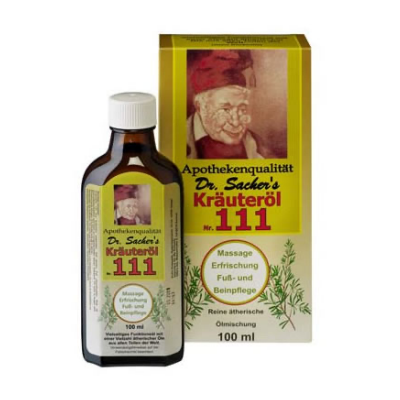 What is Swedish Bitters? 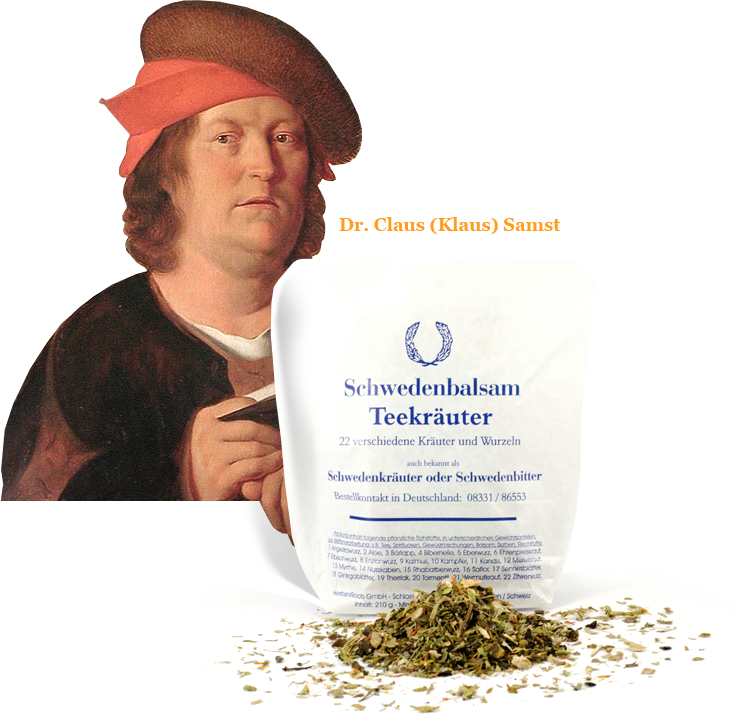 Swedish Bitters is a herbal mix that was found in the pharmacopeias since the Middle Ages and was formulated by Paracelsus of Swiss (German Origin) also known as the «Luther of Medicine» sometime in the 15th century. Later it was rediscovered by well-known Swedish physician, rector of medicine, Dr Claus Samst in the 17th century who said the following about Swedish Bitters recipe: «It can be said, and rightly so, that there is hardly any illness where Swedish Bitters is not of benefit, or at least is effective as a basis for every treatment». Dr. Claus Samst created a manuscript describing some 46 problems Swedish Bitters has helped relieve during his practice.

In 1980 very well know author and herbalist Maria Treben was introduced to this recipe when she was very ill with typhoid fever in a camp in Bavaria, caused by contaminated meat. After it helped her to recover, she made Swedish Bitters mix into a very popular remedy in her book «Health through God’s Pharmacy» and said the following: «These drops heal every illness. It sounds almost like a fairy tale, but it is true.»

4. Pimpinella (Bibernelle in German) — is a plant genus in the family Apiaceae.

5. Carlina acaulis (Eberwurz in German) — is a perennial dicotyledonous flowering plant in the family Asteraceae, native to alpine regions of central and southern Europe.

6. Veronica officinalis (Ehrenpreiskraut in German) — is a species of Veronica, native to Europe and western Asia.

7. Althaea (Eibischwurz in German) — is a genus of 6−12 species of perennial herbs native to Europe and western Asia.

8. Gentiana lutea (Enzianwurz in German) — is a plant native to the mountains of central and southern Europe. Other names include ‘yellow gentian‘, ‘bitter root‘, ‘bitterwort‘, ‘centiyane‘ and ‘genciana‘.

How To Make Swedish Bitters

One of the main benefits of the Swedish Bitters is to enhance the overall digestion process and to ensure smooth nutrient absorption. By stimulating liver functions it promotes secretion of bile from the liver and secretion of pancreatic and gastric juices that serve to emulsify or break down dietary fat and clear cholesterol out of our body.

Open bag with Swedish Bitters herbs and place in a glass container.

Add 1.75 to 2.00 liters (about 60 to 70 oz) of 40% alcohol vodka, fruit or grain brandy, stir and close the airtight lid of the glass container. Leave your mixture in the dark place from 14 to 30 days or more (the longer the Swedish Bitters mixture sits, the more potent it will be) stirring daily.

After 14 to 30 days or more, drain the liquid elixir in a separate clean container (preferably glass container) through a strainer and store it in a cool, dark place. Swedish Bitters are suitable for consumption for up to 36 months from the date of preparation. It’s recommended that the balm is stored in a cool place for up to 3 years.

HOW TO USE SWEDISH BITTERS

It is recommended that each individual take a teaspoon of Swedish Bitters 2 — 4 times daily before the meal. If the taste of the Swedish Bitters Mix is too bitter, dilute it with herbal tea, water or juice.

I didn’t know what to expect from this Swedish Bitters potion when I first started taking it. I’ve been exposed to black mold for several years without knowing it and this treatment with Swedish Bitters helped to make two particular symptoms disappear. One of them was night time anxiety- I would wake up in the middle of the night worrying about stuff that was no worry in the daytime. The other one was the loss of dexterity — I felt like I was in a mental fog and my hands lost the ability to grasp properly and I was dropping things if I weren’t careful. After taking a course of this treatment both of these symptoms disappeared. I am as well taking it on as needed basis to deter cold or flu, and it seems to be very helpful as I think it is boosting my metabolism. I take a sip as soon as I get first symptoms and I can say it’s been pretty effective for that as well as I usually only have to do it once and avoid being sick due to cold symptoms.

She got cancer free!

A friend of mine told me that his daughter had a throat cancer, and he was treating her throat with Swedish Bitters mix and she got cancer free.

Have been using Swedish Bitters mix for past 7 years to keep my immune system up and running. Not sure if this is how good Swedish Bitters is, or coincidence, but I just don’t get sick anymore.

What Alcohol is better to Use when making Tonic?

I bought 1 liter of Svedka Vodka which looked larger than the 1.75 liters bottle next to it on the shelf. The 1 liter cost more than the 1.75 liters bottle. When I measured the 1 liter, it was roughly 40 ounces. Might you recommend some other options for the alcohol? Will the quality of the vodka or other types of alcohol affect the taste/quality of the bitters? Thank you for shedding light on this.

Are these herbs free of pesticides?

Yes — the herbs are free of pesticides! The herbs are cultivated all over the world. After the harvest, they enter the European Union via the harbor of Hamburg where they are checked by the health office. This office is known to be very strict in regards to contamination of health products such as herbs.

There is no doubt about the quality of the herbs.﻿

What is Kandis? Is it a sweetener? Can I use it if I am diabetic?

Some suggest that if you are diabetic you could leave out the Kandis. I assume it is a sweetener? Is Kandis included in your package?

Yes, our packaging has all the herbs and Kandis in one package. Kandis is a pure form of sugar.

The amount of Kandis in each package is only 20 grams, and one pack of Swedish Bitters is enough to use for several months. If you will take 20 grams of sugar in several months it is near to be harmless.

Keep in mind that Kandis play a very important role in the ingredient of Swedish Bitters because it helps to get the active agents delivered faster into the blood.﻿

Questions about the Camphor (kampfer)?

Some customers ask questions about the Camphor (Kampfer). If someone wants to get rid of the Kampfer in the mix — you can scatter the herbs of a plate or a tray for 24 hours and the Kampfer will evaporate.﻿

What are Internal Uses of Swedish Bitters?

If you need to improve your digestion or ease stomach cramps or constipation, take 2 teaspoons of Swedish Bitters in the morning and evening before meals.

To use Swedish Bitters for blood-purifying or soothing properties, or to treat skin problems, gastric bloating, gallbladder diseases and heartburn — take 1 teaspoon of Swedish Bitters 30 minutes before and 30 after the meals.

To maintain healthy digestion, take 1 teaspoon of Swedish Bitters 30 minutes before each meal, but no more than 3 times per day.

WHAT ARE EXTERNAL USES OF SWEDISH BITTERS?

Skin to be treated should first be carefully greased with something like marigold or calendula ointment so that there will be no irritation or burns to the skin from using Swedish Bitters.

Soak a cotton ball in Swedish Bitter and apply it to the area that needs a treatment. Dispose of used cotton piece after each application, to avoid the contamination.

Can Swedish Bitters help with Candida?

Swedish Bitters can be a useful part of your Candida treatment. By increasing the production of digestive enzymes like hydrochloric acid, they improve your digestion and help to raise the acidity of your intestines.

The Candida yeast needs an alkaline environment to switch to its fungal form and spread around your body, so this extra acidity helps to re-balance your gut flora.

Swedish Bitters have a number of positive effects on the way that your body works. Not all of these are relevant to Candida, but they are all beneficial to the smooth and efficient running of your internal systems.

By stimulating the production of digestive enzymes such as hydrochloric acid, Swedish Bitters help to maintain a healthy, acidic environment in your stomach. There is a lot of confusion among Candida sufferers over acidic or alkaline environments. Just remember that Candida thrives on alkalinity — increasing your stomach acid is one of the easiest ways to slow Candida growth and re-balance your gut flora.

Swedish Bitters help to regulate the production of insulin in your pancreas. This can help prevent the spikes in blood sugar that can cause changes in your mood and energy levels. Most importantly, those blood sugar spikes are what has actually been feeding your Candida, so stable blood sugar levels will slow down your Candida overgrowth.

The liver is a vital part of your digestive function, and Swedish Bitters promote the efficient functioning and cleansing action of this important organ. The Bitters stimulate bile production, helping to metabolize fats and promoting smooth elimination, and they prepare the liver to process nutrients efficiently.

Stress is actually a much more important factor in Candida overgrowth than many people realize. High levels of stress and adrenaline production weaken your adrenal glands, which in turn weaken your immune system. Bitters have a subtle, beneficial impact on your mood and in some cases can even have an antidepressant effect.

Your immune system is very complicated and involves many different parts of your body. Swedish Bitters can help in at least a couple of these areas. Firstly, by reducing the stress they allow your adrenals to function properly. Unhealthy adrenals weaken your immune system and your defenses against Candida. Secondly, bitters are supportive of your immune system because they help to repair the lining of your gut. This helps prevent Leaky Gut Syndrome, a disease whereby food from your intestine leaks into the bloodstream and causes an immune response. A healthy gut lining leaves your immune system free to fight the Candida overgrowth.

Swedish Bitters stimulate peristalsis, the contractions that help push food along through your digestive system. So bitters can actually help with mild constipation too.

Please provide in the email:

This information helps speed up the process.

Your cart is currently empty.

Error
We will call you shortly! Thank you!